Northumberland's purple patch continues. I was just getting ready for work yesterday when news broke of a swift species with a white-rump. With the two possibilities being Pacific or White-rumped Swift I had to go. A couple of phone calls to get the morning off work and I was off.

Arriving at the south end of the north pool at East Chevington there were already 50ish birders all scoping the sky to the north and all shouting different directions. For what seemed like days I was unable to pick out the, now confirmed, Pacific Swift among the Common congeners. Swearing a bit (!!) I had to shut out the conflicting shouted directions and eventually picked it up flashing low over the pool. Excellent distant scope views as it flew over the heads of birders on the north side. Superficially like a Common Swift it was clearly slimmer and more scythe-like wings, with a more elongated, deeper forked tail. The neat white rump was easy to pick out at distance.

With the bird in the bag and time running out I wanted to get to the north end for photos. I legged it back to the car past a singing Cetti's Warbler, the raucous Great Reed Warbler and a Marsh Harrier. Arriving at the north end to distant views of the swift, as it was now flying arriving the heads of the birders that I had just left. Luckily it flew back north and gave unbelievable views as it swooped around us, sometimes just a few feet away at break-neck speed. Too fast for me, I could only manage the following shots, but really I was more than happy to just watch.

Back down to work and the news that an American Golden Plover had turned up at Cresswell. An evening trip followed and the bird did the decent thing and stayed, being the only bird on the pool to the north of the causeway. In first summer plumage, it was a plumage tick for me and was a really faded and washed-out bird.

To the south of the causeway there was very vocal Little Gull and a distant, feeding Spoonbill.

A quick look at the Ring-necked Duck at Bothal on the way home topped off a stunning day.

Posted by Rob Stonehouse at 19:34 No comments:

Almost asleep on my sofa yesterday evening I was fired into action and panic by news of a Red-necked Stint on the Blyth Estuary. Racing north like a headless chicken with no real idea where I was going, I eventually got pin-point directions from Stew G and arrived on site to a crowd of about 50 scoping the bird on the mudflats. In full summer plumage, much brighter than I envisioned, the red in some light, like a Red-necked Phalarope. A Little Stint was present close by for comparison.

Another visit early this morning, but the bird was still distant and no real chance of photos.

On Friday a launch up to Northumberland gave a heard only, raucous Great Reed warbler and a Rose-coloured Starling at Newbiggin. 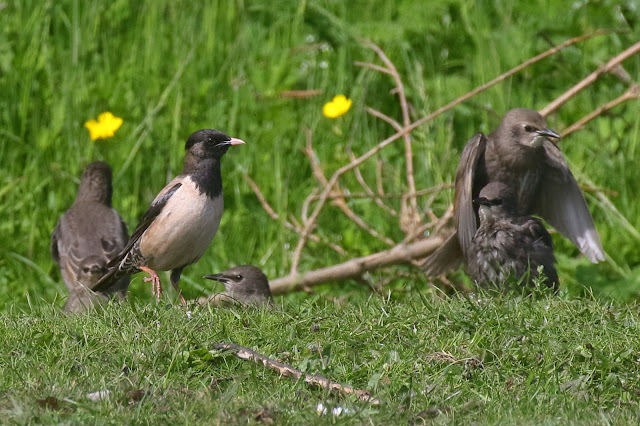 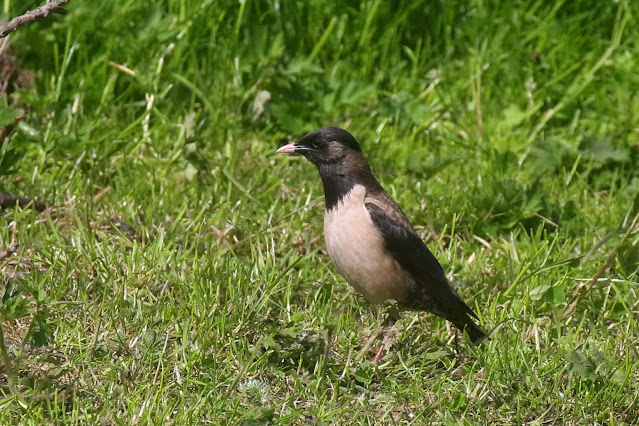 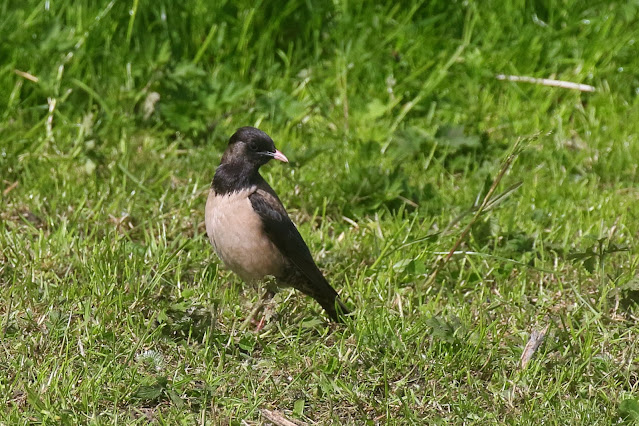 Posted by Rob Stonehouse at 19:07 No comments:

I awoke at 2am to a message "Looks like the Mockingbird has come up to you!"

A bleary-eyed scroll through Twitter and RBA had me wide awake and up to Newbiggin early doors. A lack of birders on site and lack of news was unnerving. The odds of a dip and further frustration was enhanced when we found out that the owner of the 'lucky' property was reluctant to release details of the address until after the weekend.

Luckily, while we walked the streets Alan Tilmouth did some superb detective work, tracking down the bird and arranging access. Just a few hours later we were enjoying fantastic views of something I never envisioned seeing in Northumberland. 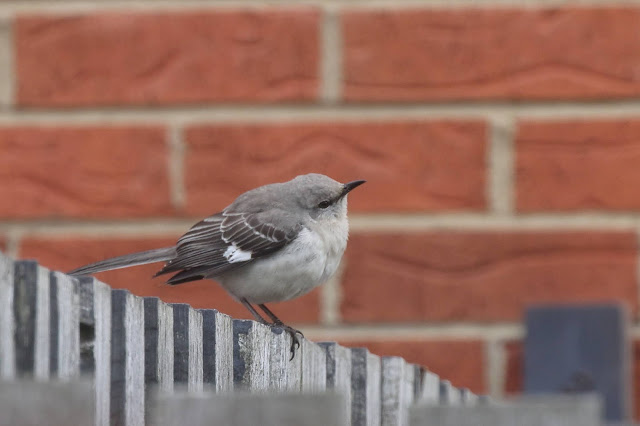 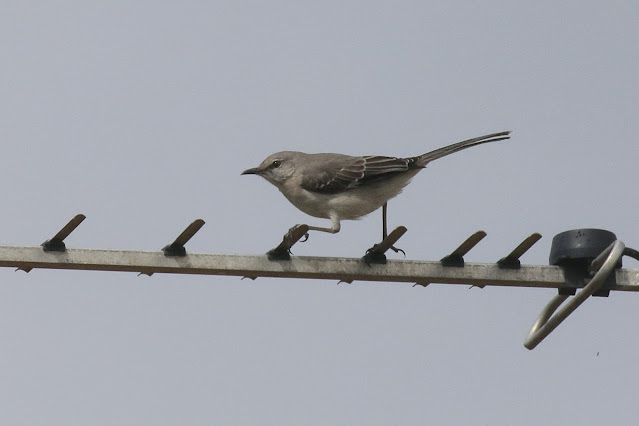 During breaks in pounding the streets the Black/Grey-headed Wagtail performed at Bothal and a confiding Ring Ouzel was in a horse paddock to the north of Newbiggin. 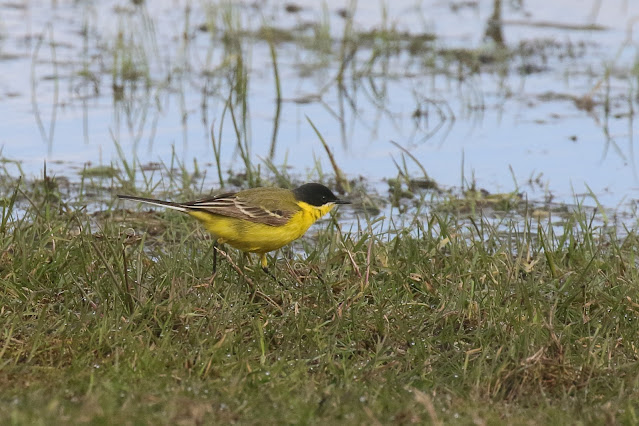 A fly-over Whimbrel back at Lamesley topped off an excellent day.
Posted by Rob Stonehouse at 18:56 No comments:

A return to work after the lockdown would obviously curtail birding, but just four days in I had to stop a few hours early to pop up to Lynemouth. Having seen three other Citrine Wagtail (and impressed by them all) I was keen to see this male in the exact same spot as the stunning female from May 2017. It didn't disappoint, giving excellent and sometimes very close views. A Water Pipit added to the spectacle. As well as the bird it was great to see other birders after three months of lockdown. Looking west into the afternoon sun made photography hit and miss, but I'm happy with what I got. 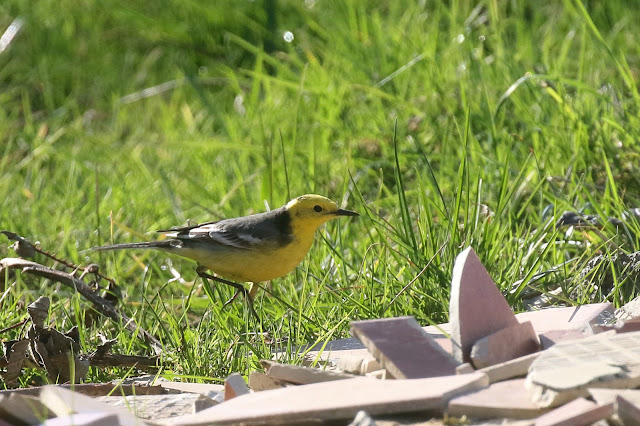 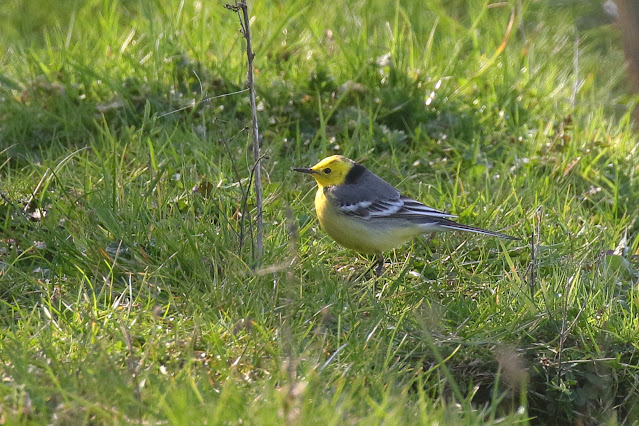 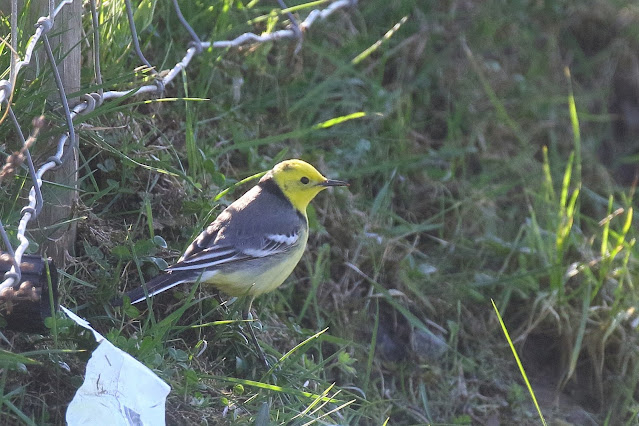 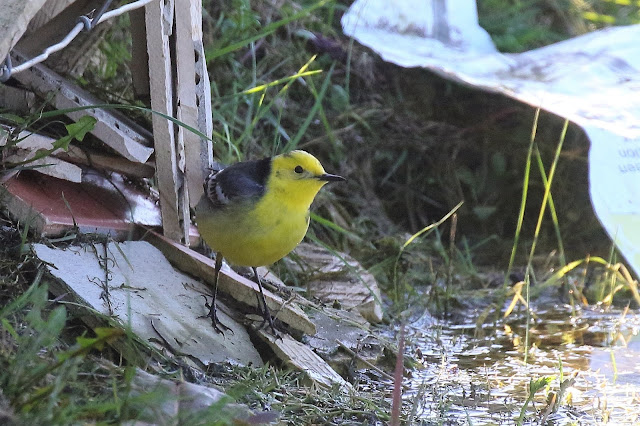 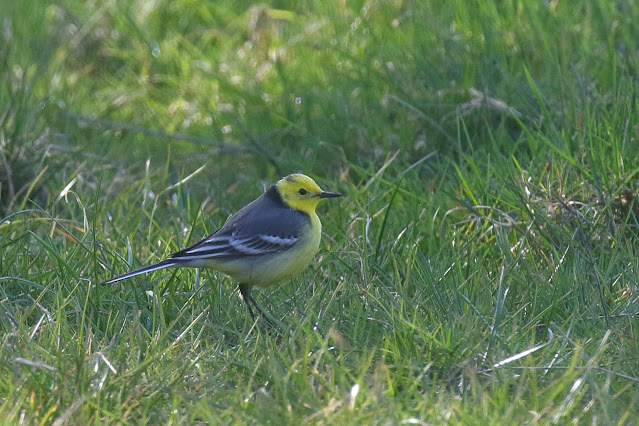 Today an adult Iceland Gull dropped into Lamesley for a quick wash and the drake Pintail continues to linger.

Posted by Rob Stonehouse at 18:56 No comments:

The year started with the relative freedom of Tier 4. A couple of  seawatches and a trip up into Northumberland got the year off to a flying start. Some decent birds with Hawfinch, Egyptian Goose, Smew, Ruff and Black Redstart the pick.

Unfortunately, full lockdown kicked in and I was restricted to Gateshead. The restrictions have, however, meant that a few decent local birds have been unearthed. 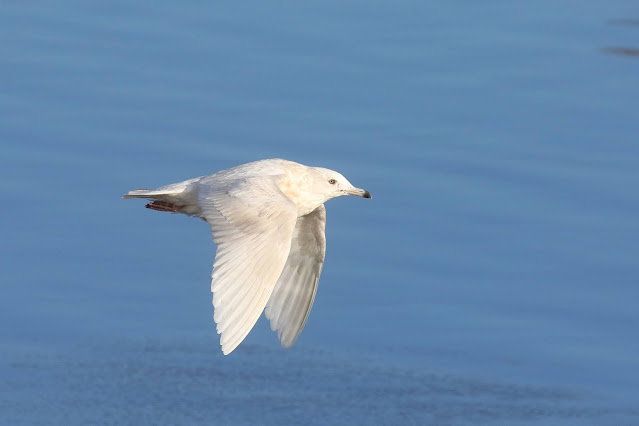 A few other bits and bobs unphotographed include skeins of Pink-footed Geese, Barn Owl, singing Chiffchaff, Pochard, Goldeneye and plenty of Woodcock.
Posted by Rob Stonehouse at 17:38 No comments:

Excellent views today of the Black-throated and Great Northern Divers that have spent the last few days at Jackson's Landing, Hartlepool. A bit dark and dingy, but close enough for photos. 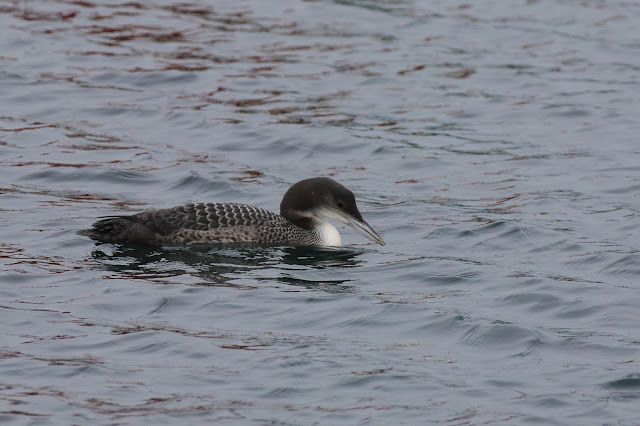 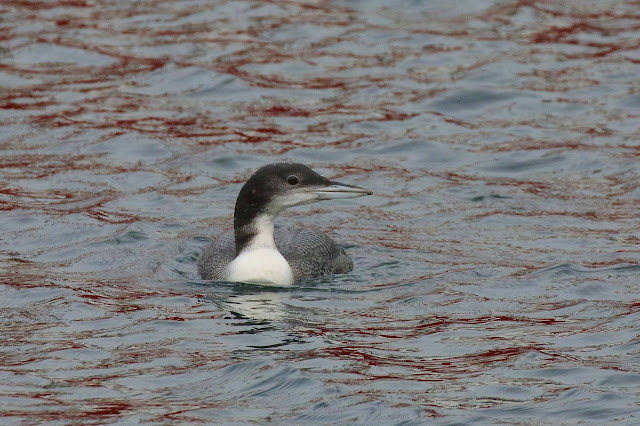 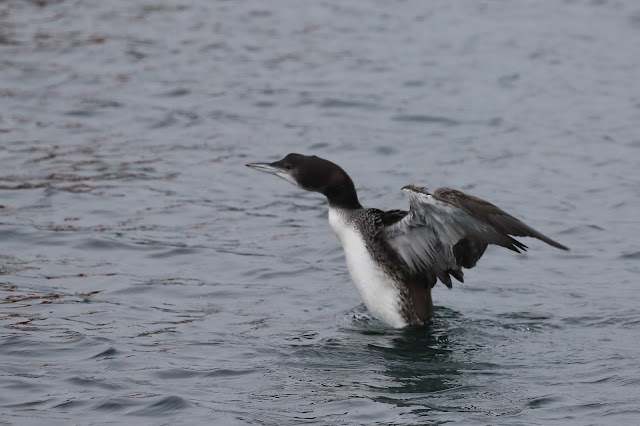 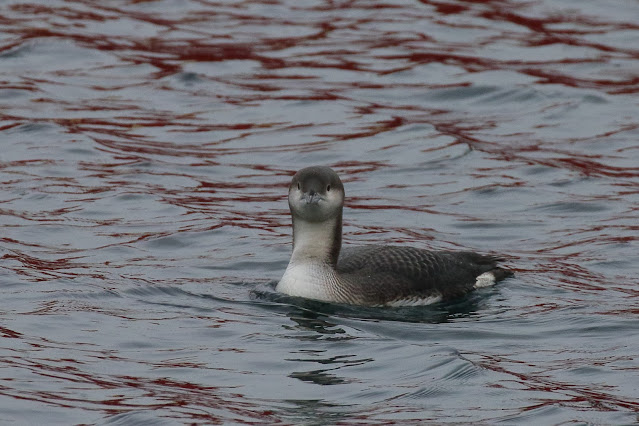 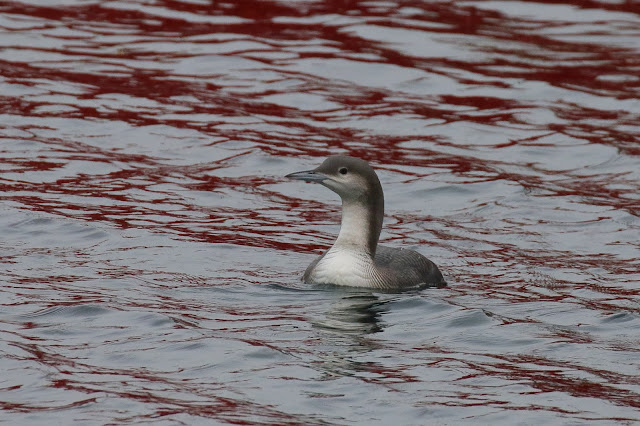 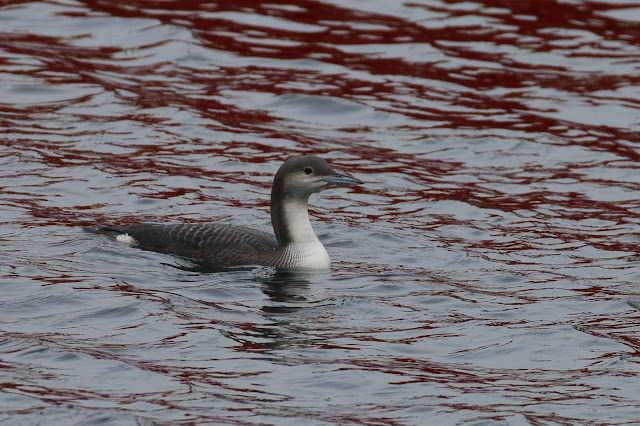 Posted by Rob Stonehouse at 20:46 No comments:

A stop off on the way at Abbey Mill near Morpeth. A bit grey and early, but after a few minutes wait a flock of 12 Hawfinch flew in to feed in the hornbeams. Difficult to see among the leaves, but a couple sat up on top for distant photos. Also here were two vocal Marsh Tit.

At Church Point, Newbiggin I immediately picked up the Shorelark, feeding at the base of the cliffs with Rock and Meadow Pipits. 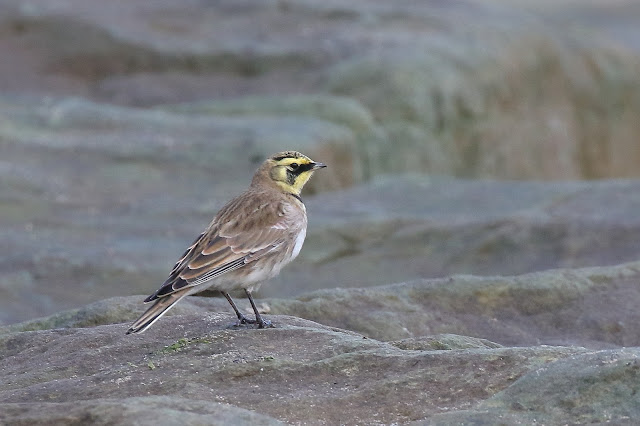 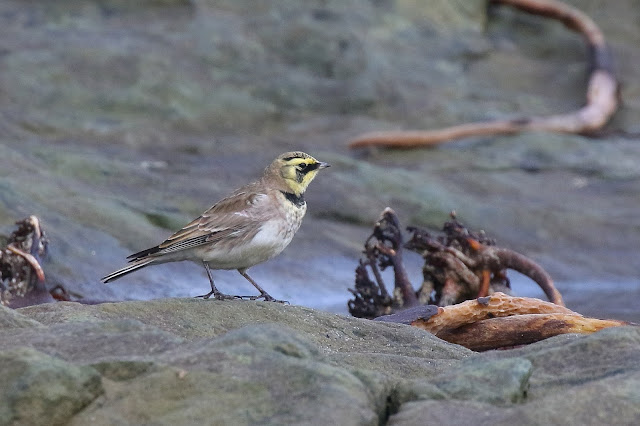 Posted by Rob Stonehouse at 21:28 No comments: